800 years of the Danish flag 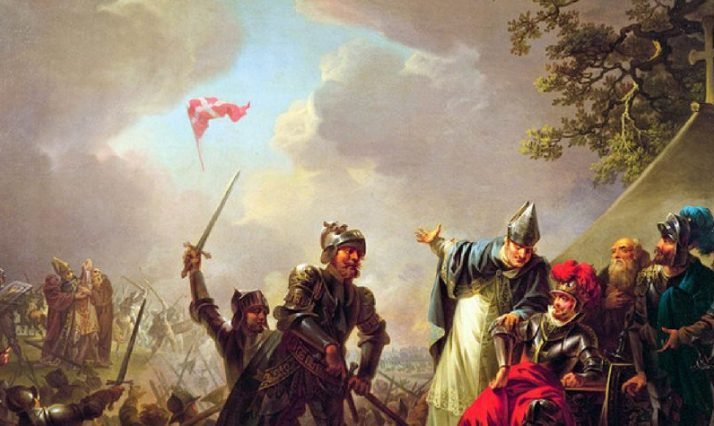 The 15th of June marks the 800th anniversary of the battle of Lyndanisse, where the Danish flag Dannebrog fell from the heavens as a sign from God…. Or so the legend goes.

In his edition of Saxo’s Gesta Danorum from 1514 chronicler Christiern Pedersen wrote that the Danes were losing the battle of Lyndanisse against the heathen Estonians on 15th of June 1219, and that Bishop Sunesen, who had joined the king on the crusade, prayed for a sign from God. Suddenly the red and white flag fell from the heavens and gave the Danes the bravery to storm forward.

The Danes won the battle, the Estonians were converted and since then the Dannebrog has been the official flag of Denmark. In fact, it holds the world record of being the oldest continuously used national flag in the world!

Picture: Christian August Lorentzen “Dannebrog falling from the sky during the Battle of Lyndanisse, 15 June 15 1219″