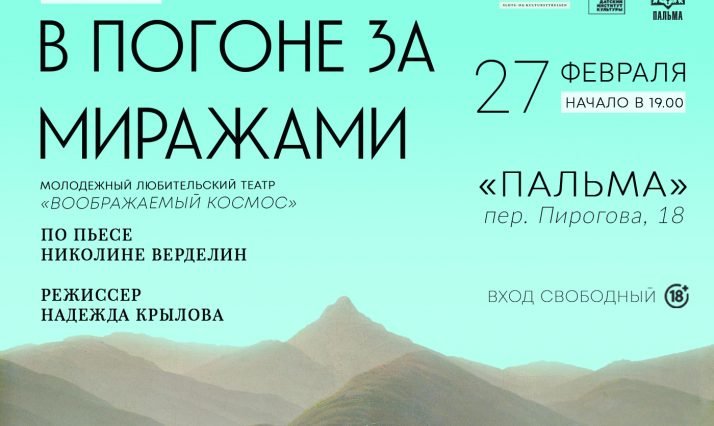 In her debut play ‘Liebhaverne’, Danish dramaturg Nikoline Werdelin brings up universal topics like love and relationships – topics that are relevant to all of us.

Her drama has now been translated to Russian and the Russian youth theatre group “Voobrazhaemy Kosmos” premieres ‘Liebhaverne’ under the leadership of Nadezhda Krylova. Join us at the premiere at the Creative Cluster «Palma» (per. Pirogova, 18) on 27 February at 19.00!

Free entrance by prior registration.

Nikoline Werdelin has been a well-known artist in Denmark, since her comic strip Café won a comics competition in the Danish daily newspaper Politiken in 1984. In addition, she has provided illustrations for a great number of books. Nikoline Werdelin has written and directed plays since 1997. Her work within this genre comprises numerous critically-acclaimed theatre plays, which have been staged throughout Denmark, in the Nordic countries and in several other European countries.

Werdelin is critically acclaimed and among awards and prizes for her color strips and her playwriting are: Danske Bladtegneres Cross Pris (1997), an illustrator/newspaper cartoonists’ prize; Publicistprisen, a prize awarded by the National Press Club of Denmark (1997); the Reumert Award for playwright of the year (2001 and 2002); and Modersmål-prisen, a native-language award (2007). Nikoline Werdelin has been given The Royal Danish Cross of the Order of Chivalry (2010) and the Holberg Medal.