Public debate: How do we see our neighbours? 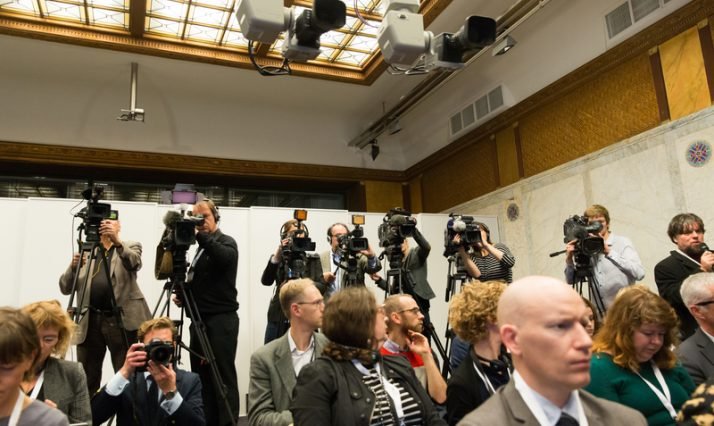 Public debate: How do we see our neighbours?

What images and enemy images of ‘the others’ do media create? Is the coverage similar or different in the Nordic countries and in Russia? In what ways? What stories should be included in media coverage? And where should we draw the line?

In this public debate Ass. Professor Lars Kabel and Anders Mård, Yle’s correspondent, (Finland’s national public service broadcasting company) will present the results of their two-year research study of the coverage of Russia in Finland, Sweden, Norway and Denmark. The coverage of the Nordic countries in 10 print media outlets from the Saint Petersburg region was also examined by a group af researchers from Saint Petersburg State University.

What was the coverage like in 2018? What are the possible consequences? A total of 1,832 articles and TV news reports from 42 major news media in the Nordic countries and NW Russia were analysed.

Conclusions from interviews with 30 Russian editors and two professors from Karelia, Saint Petersburg and Moscow, conducted in 2017 and 2018, will also be presented during the debate.

From Cold War to rapprochements and cold peace. The news media have plenty of material to cover: military tension, harsh political statements, mutual sanctions, crimes and other events. The general media focus on Russia and its motives in the Nordic news media is negative, Russia is described as an antithesis to the West. In Russia, the media coverage of the Nordic countries coming out of Moscow is often focused on a Europe in chaos and amoral culture. The coverage of the Nordic countries in media in NW Russia is depoliticised and positive.

Join this debate on reliable media images of ‘the others’.