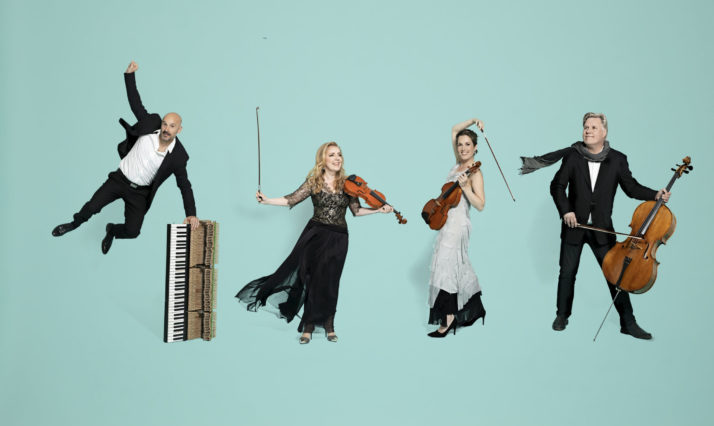 On 17 November at 19:00 Rudersdal Chamber Players ensemble performs at the House of Composers at the concert marathon, opening the 31st International Festival of New Music, Sound Ways.

The musicians will also give concerts at Danish Cultural Institute on 16 November at 15:00 and at Alvar Aalto Library in Vyborg on 18 November at 18:00.

UNLIMITED is the most defining word describing Rudersdal Chamber Players.

– Unlimited in creativity – because we are devoted to convey the music in new ways doing interdisciplinary projects with visual artists, journalists, historians, etc.

– Unlimited in sound – because the ensemble can be transformed to larger or smaller groups of various instruments.

The ensemble was founded on request of the internationally acclaimed composer Lera Auerbach, who was composer in residence at Rudersdal Sommerkoncerter 2017. Praising the programming and the atmosphere of the festival, she found that a flexible ensemble of devoted chamber musicians would take the it to new heights.

Already before the official debut, Rudersdal Chamber Players attracted much attention internationally. Besides the residency at Rudersdal Sommerkoncerter, the ensemble has appeared at major Danish festivals such as Golden Days Festival, Sorø International Music Festival and Copenhagen Art Week and future projects include touring in Poland and the United States.

In August 2018, Rudersdal Chamber Players performed works by the renowned Giya Kancheli, who expressed his admiration:

Rudersdal Chamber Players is an outstanding ensemble. All members are first class instrumentalists with a responsive attitude and a deep understanding of the musical material. This is the chamber music making at very high level. For the first time ever I listened to a performance of my piano quartet “In l’istesso tempo” without having anything to criticise. I also enjoyed the Rudersdal Chamber Player’s energetic, devoted and well-balanced interpretations of Brahms and Mozart. The audience was enthusiastic and the whole atmosphere at the concerts was indeed wonderful.