Casting for SIGNA project in Russia 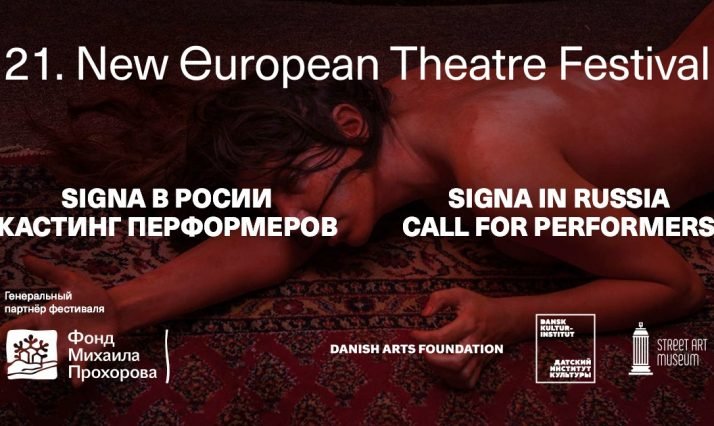 NET festival announces international call for performers in the new project of the Danish/Austrian team SIGNA in Russia (in 2019 the festival will be held from 13 November to 16 December).

WHAT IS SIGNA?
SIGNA — is a Danish/Austrian company, which creates site-specific performance installations all around the world. The major feature of their projects is total immersion of the spectators into the performance. SIGNA was founded by Signa & Arthur Köstler in 2001.

WHAT ARE THEY FAMOUS FOR?
SIGNA is a participant of Theatertreffen 2008, Wiener Festwochen, Salzburger Festspiele, 19. Internationale Schillertage 2017.

The performance installations of SIGNA blur the lines between the spectator and the performance, creating a complex and intricately detailed world, where everyone becomes an integral part of the show. The artistic collective is well-known all around the world not only for their outstanding immersive art skills but also for the controversial topics that they bring up: social stereotypes, violence, religion, poverty.

WHAT WILL SIGNA CREATE FOR NET FESTIVAL?
NET Festival will present SIGNA for the first time in Russia. During several months on the grounds of Laminated Plastics Factory and Street-Art Museum in St. Petersburg (Russia) will be created a total project. The premiere of the project will be held within the framework of NET Festival 2019. SIGNA in Russia project is a participant of International Theatre Olympics 2019.

WHO CAN PARTICIPATE?
We welcome people with different backgrounds: both professional performers and those who have never participated in such projects before and want to challenge themselves.

The general partner of the festival is the Mikhail Prokhorov Foundation.
SIGNA in Russia is supported by the Statens Kunstfond (Danish Art Foundation) and the Danish Cultural Institute.