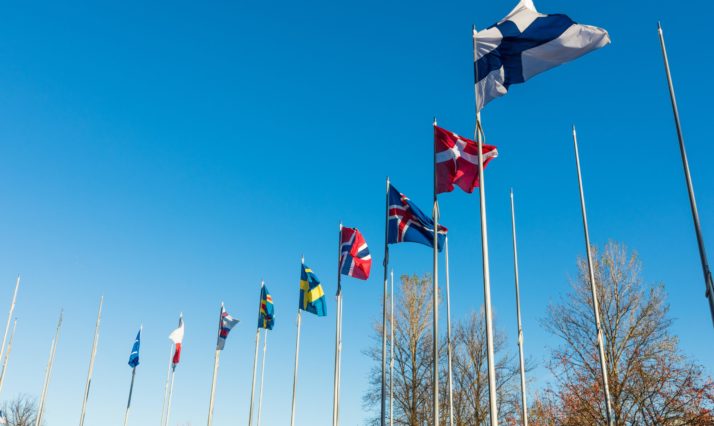 This year the international Nordic cultural festival will take place in several regions of North-West Russia and Kaliningrad will be the first to welcome it. The programme scheduled for 2-15 May consists of exciting events, dedicated to arts, literature, cinema, mass media, history, and architecture of Denmark, Finland, Iceland, Norway, and Sweden. The festival is organised in cooperation with the Representation of Russian Ministry for Foreign Affairs in Kaliningrad.

For over the decade the festival of Nordic countries, built around the theme of neighbourhood, continues realising its central idea, emphasising that the more we know about our neighbours, their historical and cultural heritage, contemporary achievements and life-style, family and human values, the easier it is for us to reach mutual understanding.

The Nordic countries and North-West of Russia have many traits in common and that was often demonstrated during the recent decade by joint cultural, artistic, historical, ecological, and urban events and forums of the festival in St. Petersburg, Murmansk, Arkhangelsk, Petrozavodsk, Pskov, Vyborg, and now in Kaliningrad.

Held on 30 April – 7 May, Kaliningrad International Film Festival “On the edge. West” features in its competition the Danish documentary “Rediscovery”. The film director Phie Ambo will participate at the online meeting and Director of Danish Cultural Institute in St. Petersburg Henriette Borg Reinholdt will join the festival’s jury.

On 3 May the experts of the international art and research project “Waterfront, neighbourhood and community” organise the seminar for professional community and active citizens. The project is aimed at studying the transformation of coastal areas of cities into public, cultural and environmentally friendly spaces and formation of a comfortable urban environment in North-West Russia and the Nordic countries. In cooperation with the public initiative “Park Ring” / “Water Ring”. Registration

From 4 May the Chekhov Central City Library (Moskovskiy Prospekt, 39) welcomes to the exhibition “Nordic Sustainable Cities,” presenting solutions in the areas of healthcare, mobility, low carbon technologies, circular economy and urban resilience, on which engineers and architects from Denmark, Iceland, Norway, Finland and Sweden are working.

On 5 May Art space “Catharsis” (Ulitsa General-Lieutenanta Ozerova, 18) invites to the meeting with Anastasia Prikazchikova, journalist, Eco blogger “imorganicblog”, author of the book “Wardrobe Inside Out,” and to the discussion on the experience of the Nordic countries in the field of sustainable and responsible fashion, consumption and environment. Registration

On 7 May at Art space “Vorota” (Ulitsa Litovskiy val, 61) Alexander Feldberg and Roman Loshmanov present their book “Nordic Dads“ and talk about active paternity in the Nordic countries. Meeting with the authors of the book. Registration

On 14 and 15 May the seminar of the Nordic Journalist Centre for media representatives of North-West Russia will take place in cooperation with Barents Press Russia and in collaboration with the Representation of the Russian Ministry for Foreign Affairs in Kaliningrad.

“The Nordic Weeks” – International noncommercial art and cultural festival is orgranised in the North-West Russia since 2010 by the Consulates General of Sweden, Finland, and Norway in St. Petersburg and Murmansk, Embassies of Denmark and Iceland in Moscow, Representation of the Faroe Islands in Moscow, the Finnish Institute and Danish Cultural Institute in St. Petersburg. In 2021 the festival is held under the Finnish Presidency of the Nordic intergovernmental cooperation and coordinated in partnership with Danish Cultural Institute with the financial support of the Nordic Council of Ministers.